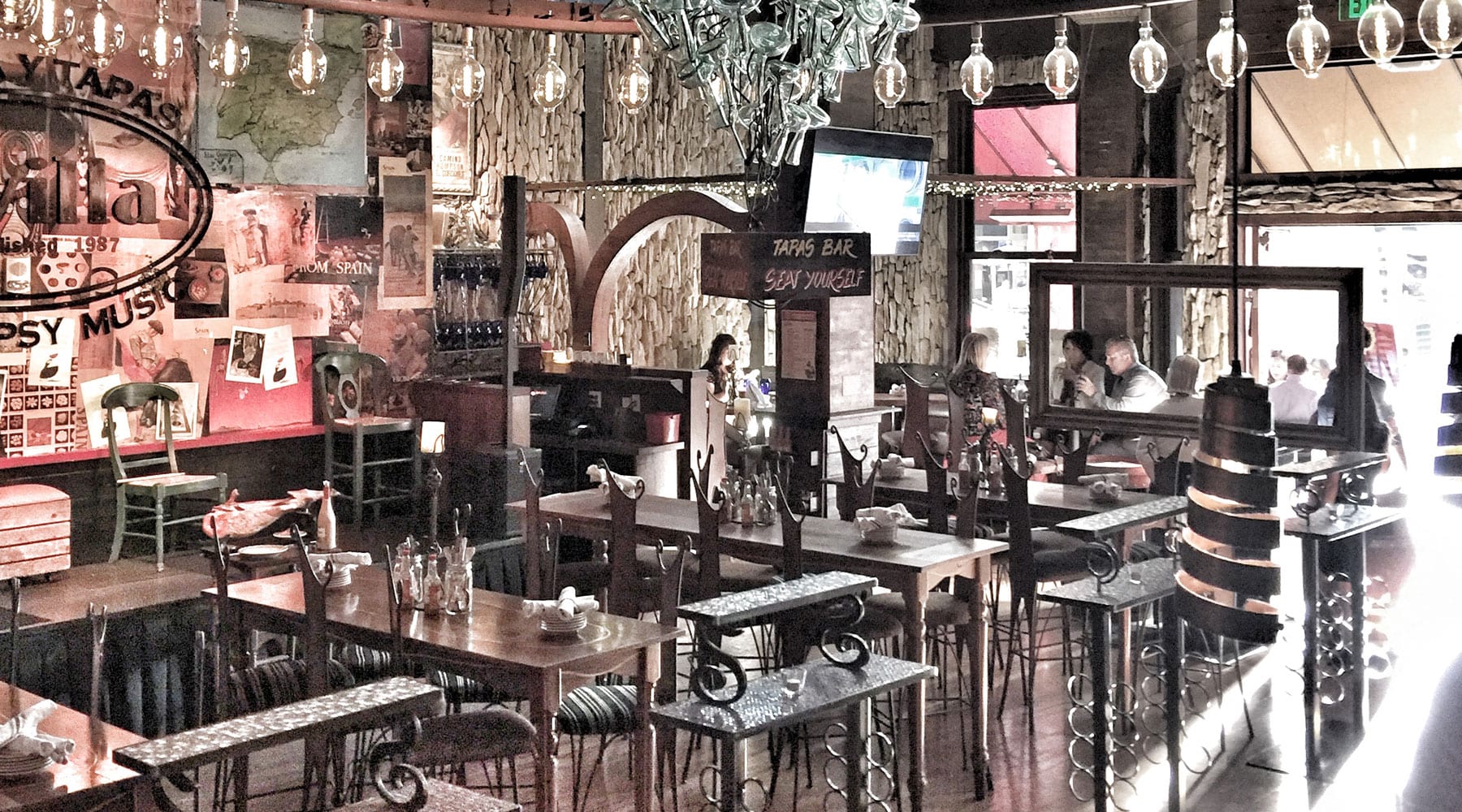 If you’re looking for a unique dining experience in San Diego, look no further than Cafe Sevilla. Why do we love this tapas bar and restaurant so much? Let us count the ways… 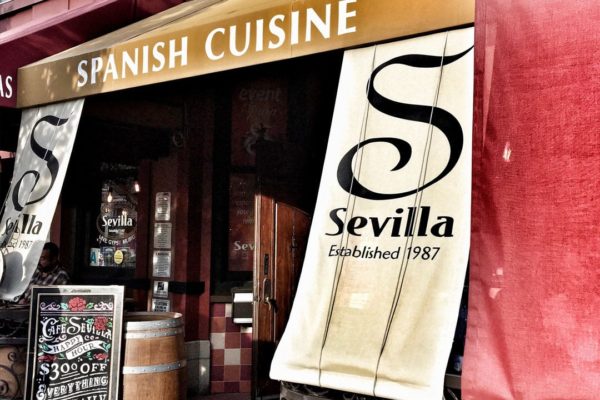 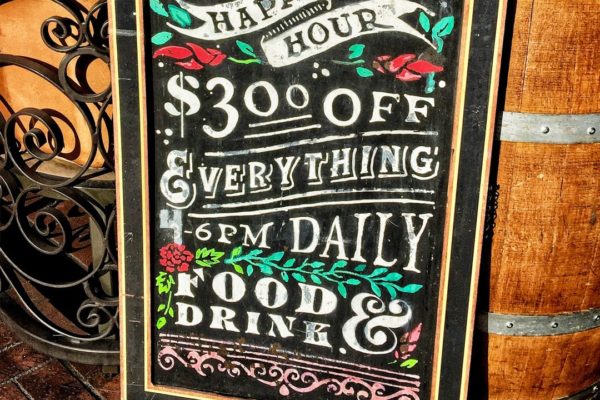 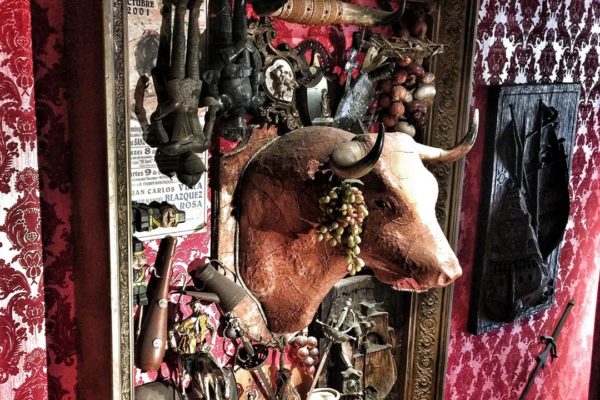 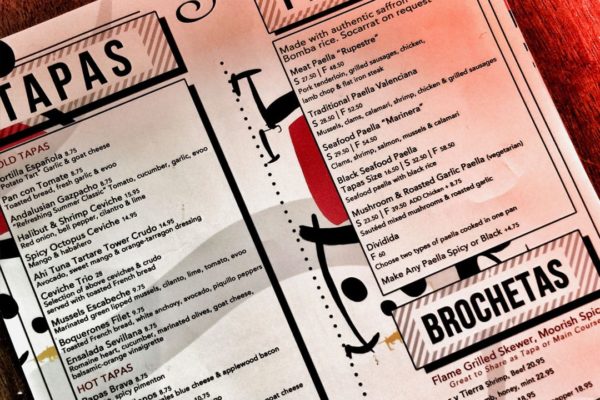 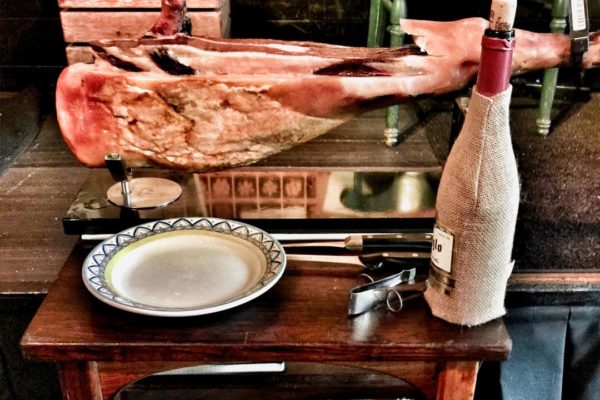 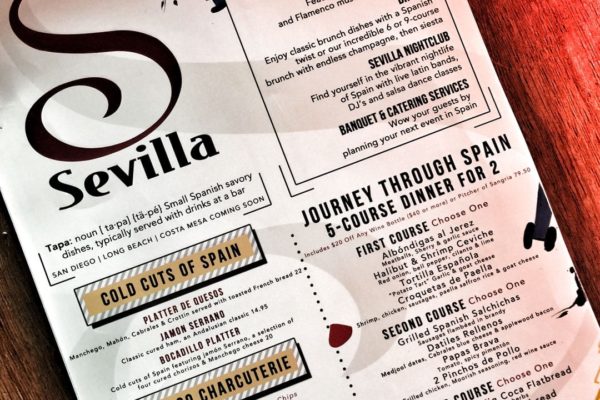 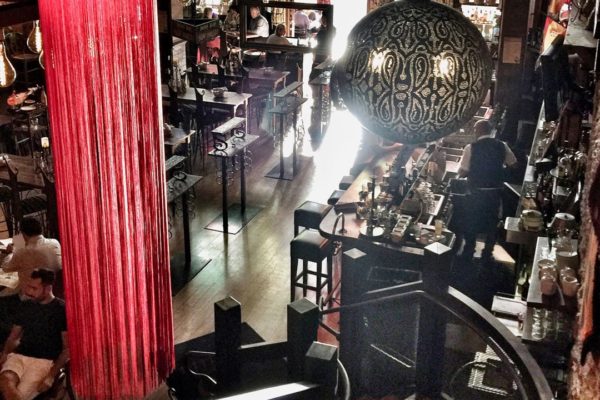 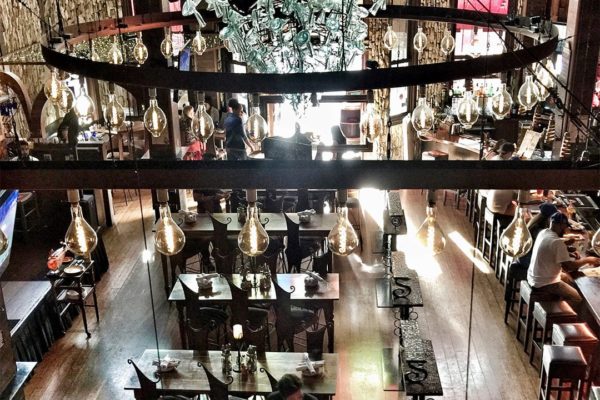 When Rogelio and Janet Huidobro came to San Diego by way of Spain in the 80’s, they missed the cuisine and music from home. So much so that they opened their own Spanish tapas bar in 1987 that gained a cult following. Cafe Sevilla holds the title of the longest running restaurant in the Gaslamp Quarter…for good reason! Cafe Sevilla’s Chef Raymond – who trained in Spain for six years – offers tableside Jamon Iberico carving. The four-year-old cured meat is a bona fide Spanish tradition and another way the crew at Cafe Sevilla elevates your experience.

How often do any of us go out for dinner and dancing? Not often enough! Cafe Sevilla fills that void with Gypsy Kings-style live music every single night. There’s just enough room to get your groove on right next to the band, but there’s even more room downstairs at Sevilla Nightclub. In fact, if you have dinner at Cafe Sevilla, you get free entry into the club after your meal. If late night DJ’s and bottle service isn’t your style, you may get a kick out of the clubs dance classes. Step in for a lesson in Salsa, Bachata or Merengue on Tuesday, Wednesday, or Thursday nights! Cafe Sevilla also hosts exclusive Flamenco Dinner Shows in the club on Friday and Saturday nights if you’re looking for maximum entertainment.

3. It’s Perfect for Every Occasion

First date? Have a quick cocktail at the tapas bar or get cozy under a cluster of twinkle lights. Catching up with friends? Grab brunch while people watching on the front patio. Celebrating with a big group? Book ahead for large parties and opt for the La Familia Style Menu. Entertaining clients? Sit right in the middle of the action or snag seats at the appetizer bar. Don’t feel like cooking for the holidays? Cafe Sevilla always offers a special prix fixe menu on holidays, often with up to nine courses! They also have Gluten Free, Vegetarian, and Vegan menus available, so there are plenty of options to suit everyone’s needs.

Do you even empanada??? Their baked Spanish turnovers are one of the most popular items on the menu: they sold 72,000 of them last year! The menu is enticing and honestly a bit overwhelming. But the best part is, most dishes are made to share. Taste a few hot and cold tapas, like the Tortilla Española, Queso Fundido, Ceviche, or the life-changing Datiles Rellenos (aka: bacon wrapped dates). For a heartier shared plate, you can’t go wrong with one of Cafe Sevilla’s Paella dishes. The flavorful rice dish is a crowd-pleaser whether its topped with meat, seafood or vegetables. Fun fact: Cafe Sevilla is the biggest purchaser of Saffron on the West Coast thanks to this dish!

5. It Will Make You Drink Outside The Box

Upon entering Cafe Sevilla, the first thing you’ll notice is their giant chandelier. It’s made up of hand blown glass Porrons, a traditional Spanish wine pitcher. Order a Porron from the menu and ask your waiter exactly how to drink out of it – it’s definitely a conversation starter! Aside from craft beer and international wines, you’ll find several craft sangria varieties on the menu – including a sangria cocktail flight, for those who just can’t decide. Options are aplenty here, and we dare you to find something you don’t love!

There’s just something about these fluffy, fried treats that make people willing to wait in line for them. Stick to the classics or give your taste buds a brand new treat at some of San Diego’s most deluxe donut shops.
Alexa Brynne
Eat & Drink | FeaturedSan Diego Neighborhoods
October 10, 2020

The Best San Diego IPA’s for Happy Hour at Home

Here’s the scoop: as far as ice cream goes, San Diego’s got plenty of it. If you’re into fancy flavors or just want the classics, there’s a creamery for you. Read on for a few local favorites and start planning…
Alexa Brynne
Share Tweet Share Pin

Feeling Hungry?Discover the BEST food & drinks around you.

Explore curated lists of top restaurants, cafes, pubs, and bars around you, based on the latest trends.

We use cookies to ensure that we give you the best experience on our website. If you agree to our use of cookies, please close this message and continue to use this site.Accept